Originally published by Moms Across America by Zen Honeycutt

Two days ago a Monsanto trial jury awarded the plaintiffs over $2 billion dollars, for the connection between the glyphosate-based herbicide, Roundup, and their cancer. Today, Moms Across America announces that the Impossible Burger* tested positive for glyphosate. The levels of glyphosate detected in the Impossible burger by Health Research Institute Laboratories were 11 X higher than the Beyond Meat Burger. The total result (glyphosate and it’s break down AMPA) was 11.3 ppb. Moms Across America also tested the Beyond Meat Burger and the results were 1 ppb.

“We are shocked to find that the Impossible Burger can have up to 11X higher levels of glyphosate residues than the Beyond Meat Burger according to these samples tested. This new product is being marketed as a solution for “healthy” eating, when in fact 11 ppb of glyphosate herbicide consumption can be highly dangerous. Only 0.1 ppb of glyphosate has been shown to alter the gene function of over 4000 genes in the livers, kidneys and severe organ damage in rats. I am gravely concerned that consumers are being misled to believe the Impossible Burger is healthy.” stated Zen Honeycutt, Executive Director of Moms Across America.

The Impossible Burger is a new genetically modified (GM) plant-based product that was prominently featured at the Natural Products Expo West. Burger King, White Castle, Hard Rock Cafe, Red Robin, Cheesecake Factory** and hundreds of other restaurants now carry the product where it does not have to be labeled or described as GM on the menu. The Impossible Burger is made of GMO soy, which has been shown to cause organ damage in animal studies and has been shown to be significantly different from non GMO soy. The GM ingredients of the Impossible Burger, which includes a genetically modified yeast and GM soy leghemoglobin proteins, 46 of which are undisclosed and untested, are even more concerning to many consumers than the long-term health effects from glyphosate because of the reported immediate allergic reaction potential, which is acknowledged by the manufacturer. The part of the genetically modified soy used in the Impossible Burger has never before been allowed in the human food supply and has not been properly safety tested.

Although the leghemoglobin soy is claimed to be “identical to soy heme which has been consumed for thousands of years”, the following question posed by Consumers Report’s Michael Hansen has never been answered: “How could the heme in the Impossible Burger be 'identical' to the heme humans have been consuming for hundreds of thousands of years in meat and other foods if you genetically engineer it?” The Impossible Burger also contains conventional wheat which, along with soy, is commonly sprayed with glyphosate herbicides as a drying agent before harvesting. The “natural” product also contains potatoes, which may be genetically modified, and could also absorb the chemical through the soil after pre-planting herbicide applications. Glyphosate does not wash, dry, or cook off and was listed on the Prop 65 California EPA list of carcinogens in 2017.

Glyphosate herbicides have not only been proven to be carcinogenic,but they are also neurotoxic, endocrine disrupting, cause DNA damageand liver disease at ultra low levels, lower than what was found in the Impossible Burger.

According to the American Liver Foundation over 100 million people in America, (that’s about 1/3 of Americans) are estimated to have non-alcoholic fatty liver disease. 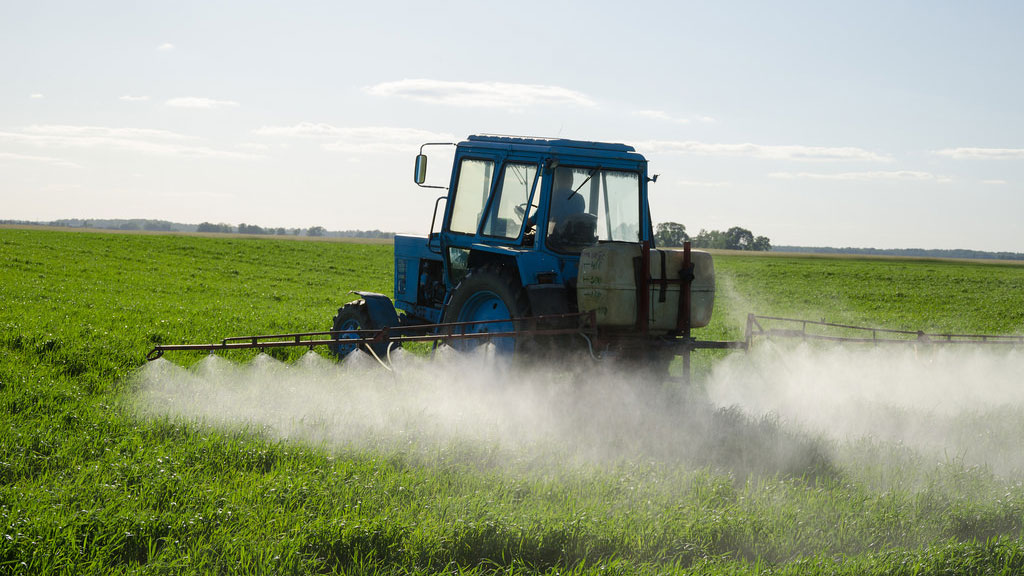 Glyphosate herbicide is also widely sprayed on animal feed, which harms the health of animals, so supporting the use of this herbicide by consuming the Impossible Burger and other non-organic products is an animal welfare issue as well.

The impact glyphosate and GMO products can no longer be ignored. Honeycutt considers, “If Bayer goes bankrupt due to the outcome of about 14,000 lawsuits filed against them for the carcinogenic effects of glyphosate herbicides, who will become liable for harm to the public? I wonder if it will be retailers and food brands who continue to expose the public to toxic glyphosate herbicides.”

Moms Across America calls upon consumers to ask their restaurant and grocery stores not to sell this product and to sell/buy/eat whole, organic, plant based, real food instead. They also request public comments be made to the EPA to cancel the license for glyphosate.Glyphosate herbicides have been severely restricted or banned in 34 countries.

Moms Across America hopes that companies like Impossible Foods are not only honest about their ingredients, and make safe food- but that they work with other food manufacturers and farmers to pressure the EPA to stop allowing toxic chemicals like glyphosate to poison the food supply.

Will Impossible Foods ask the EPA to ban glyphosate and prevent the contamination of their product?

Moms Across America is a 501c3 non-profit whose mission is educate mother and others to transform the food industry and environment, creating healthy communities together. Their motto is Empowered Moms, Healthy Kids.

** Article corrected from Del Taco and Carl's Jr-they carry the Beyond Meat Burger.