A meta-analysis of 63 studies show that probiotics are safe and have clear benefit in treating infectitious diarrhea, when used along rehydration therapy.Jan 01, 2010

High-dose LGG therapy reduces the duration of diarrhea and the stool number per day.Sep 06, 2019

The significance of probiotics in preventing radiotherapy-induced diarrhea in patients with cervical cancer.Apr 30, 2019

The use of probiotics is beneficial in preventing radiation-induced diarrhea in patients receiving radiation therapy.Nov 26, 2019

There is evidence to suggest probiotics are safe and effective in treating persistent diarrhea in children.Jan 01, 2010

"Formula feeding is associated with increased hospital admissions due to infections among infants younger than 6 months in Manila, Philippines."Feb 01, 2010

14% of stools obtained during post-vaccination diarrheal episodes were rotavirus-positive, some being vaccine strain-positive.Mar 01, 2003

A combination of apple pectin and chamomile shortens the course of unspecific diarrhea in children. Jan 01, 2006

A yoghurt diet may be an ideal therapeutic intervention for persistent diarrhea. Jul 01, 2009

Arrowroot is an effective treatment for diarrhea in irritable bowel syndrome patients. Nov 01, 1994

B. clausii strain UBBC-07 can potentially be effective in alleviating the symptoms of diarrhoea.May 31, 2013

Carob bean juice is an ideal adjunct to oral rehydration solution in the treatment of diarrhoea. Apr 01, 1998

Curcumin is an effective treatment for HIV-associated diarrhea. Oct 01, 2009

Enteral nutrition with honey might reduce the length of stay at the ICU and development of organ failure in critically ill patients. Jan 31, 2018

Green banana and pectin are useful in the dietary management of persistent diarrhea in hospitalized children and may also be useful to treat children at home.Sep 01, 2001

Green banana reduces the clinical severity of childhood sigellosis. May 01, 2009

Green banana speeds the recovery of acute and prolonged diarrhea in children. Oct 01, 2010

Green plantain has a beneficial effect in the management of persistent diarrhea in children.Apr 01, 2009

Infant formula may contribute to outbreaks of Salmonella in infants. Feb 01, 2007

Infant formula use is associated with increased morbidity and mortality in Botswana. Jan 01, 2010

Lactobacillus rhamnosus and Lactobacillus reuteri reduce the duration of diarrhea in children with mild gastroenteritis. May 01, 2002

Over-use of proton pump inhibitors may be fuelling the current epidemic of Clostridium difficile-associated diarrhoea.Sep 01, 2008

Patients in hospital who received proton pump inhibitors were at increased risk of Clostridium difficile diarrhea.Jul 06, 2004

Probiotics are a promising adjunct therapy for treatment of an initial C. difficile infection.Oct 31, 2017

Probiotics reduce symptoms of antibiotic use in a hospital setting.Jan 15, 2014

Saccharomyces boulardii has therapeutic properties in the treatment of acute diarrhea in children.Feb 01, 2007

Saccharomyces boulardii improves the clinical efficacy and reduces the side effects of metronidazole treatment for amebiasis. Jun 01, 2009

Saccharomyces boulardii is an effective and safe treatment for prevention of antibiotic-associated diarrhoea when given concomitantly to patients receiving H. pylori eradication.Jan 01, 2011

Saccharomyces boulardii is as effective as the drug metronidazole in treating amebiasis-associated diarrhea in children.May 01, 2009

Selenium supplementation during radiotherapy is effective in improving blood selenium status in selenium-deficient cervical and uterine cancer patients and reduces the number of episodes and severity of radiation therapy-induced diarrhea.Feb 02, 2010

Significant decreases in bowel movement frequency and rapid normalization of stool consistency were observed with consumption of this novel solution. Dec 31, 2014

Sorbitol intolerance associated wtih abdominal pain, bloating and diarrhea may be an under reported phenomenon. Sep 01, 1985

Sorbitol intolerance may be at the root of "functional" gastointestinal complaints.Jan 01, 1983

Stir-fried white pepper significantly decreased the frequency of diarrhea in infants and children under 2.5 years with diarrhea compared to treatment with montmorillonite powder.Dec 31, 2012

Supplementation of probiotic is an effective way to reduce the incidence and severity of radiation-induced diarrhoea in cervical cancer patients.Mar 16, 2018

The use of acid-suppressive therapy, particularly proton pump inhibitors, and NSAIDs are associated with an increased risk of community-acquired C difficile.Dec 21, 2005

This study found a possible antidiarrheal effect of black tea.Jun 18, 2016

This study provides clinical information concerning the use of Aliva, a novel polyphenol-based prebiotic for the treatment of acute nonspecific diarrhea in children and adults.Sep 13, 2014

Undernutrition as an underlying cause of child deaths associated with diarrhea, pneumonia, malaria, and measles.Jun 30, 2004

Use of proton-pump inhibitors is associated with increased risk of diarrhea in the elderly.Sep 01, 2010

Zinc supplementation can reduce the time to resolution of acute diarrhoea, the length of hospital stay and the frequency of stools.Oct 02, 2019

Zinc supplementation significantly reduced the duration of diarrhoea and stool output in children with cholera.Feb 02, 2008

Boswellia has value in the treatment of diarrhea in inflammatory bowel disease. Jun 01, 2006

Catnip has spasmolytic and bronchodilatory properties, confirming its traditional use in colic, diarrhea, cough and asthma. Jan 03, 2011

Extracts of M.sapientum seed could be used as a potential antidiarrheal agent along with its antioxidant and antibacterial potentiality.Mar 31, 2011

Ginger and its derivatives may be effective herbal supplements for the clinical treatment of enterotoxigenic Escherichia coli diarrhea.Oct 16, 2007

Neem has an antibacterial, antisecretory and antihemorrhagic activity against Vibrio cholerae.May 22, 2007

The sap of Musa paradisiaca in the folk medicine as a nonspecific antidiarrhoeal agent has been substantiated with scientific evidence.Dec 31, 2014

The study validated the traditional use of Rubia cordifolia as a valuable natural remedy for the treatment of diarrhea.Jan 04, 2017

This study describes the protective effects of pomegranate peels against castor oil-induced diarrhea.May 01, 2018

This study provides a scientific support for the acclaimed traditional use of Myrtus communis L for the treatment of diarrheal diseases.Feb 09, 2017

A growing body of evidence suggests benefits such as prevention and relief of various types of digestive diseases. Nov 30, 2015

A review of micronutrients and the immune system-working in harmony to reduce the risk of infection.Jan 15, 2020

A review of thirty years of Lactobacillus rhamnosus GG.Feb 28, 2019

Acorus calamus has antispasmodic activitity mediated through calcium channel blockade, confirming its traditional use for gastrointestinal disorders such as colic pain and diarrhea. Dec 01, 2006

Berberine could reduce epithelial gut permeability, and might help explain the possible mechanisms of anti-diarrhea activity of berberine.Jun 01, 2009

Both L. rhamnosus NCDC 298 with FOS can be used as an effective synbiotic combination for secretory antidiarrheal fermented dairy formulations.Sep 24, 2017

Coconut water may be an oral rehydration alternative for patients with severe gastroenteritis when conventional fluids are unavailable. The addition of sea salt would rectify some of its deficiencies. Aug 08, 1979

Ginger is useful in gastrointestinal disorders due to its spasmolytic activity.Oct 01, 2005

In this study, the therapeutic effects of chamomile were reviewed in detail.Aug 31, 2016

Inhibitory effect of depolymerized sulfated galactans from marine red algae on the growth and adhesion of diarrheagenic Escherichia coli.Dec 09, 2019

Purified hop compounds could have use as alternatives for treatment of infections caused by select anaerobic bacteria.Sep 27, 2017

The aim of this work is to collate all available published scientific reports in the literature on Carpolobia.Jun 30, 2015 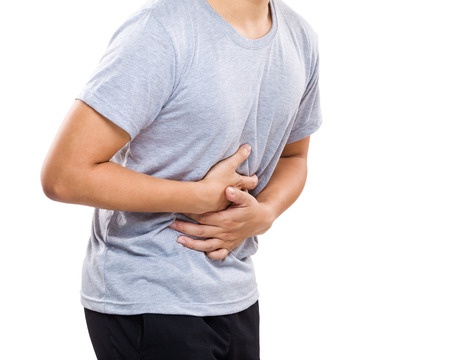 Why There is No Such Thing as 'Safe' Tap Water
Written by Sayer Ji, Founder
Despite being at the top of the global food chain and industrial developmental ladder, the United States has a poor track record for delivering uncontaminated drinking water to the public. Even the nicest restaurants are guilty of serving you directly from the tap. It's time to get real about the 'tap water problem'...

Antidepressant Effects of Ayahuasca
Written by GreenMedInfo Research Group
One study highlights the efficacy of Ayahuasca, a native Amazonian plant, as a powerful antidepressant in treatment-resistant depression

The Dark Side of Wheat - New Perspectives On Celiac Disease and Wheat Intolerance
Written by Sayer Ji, Founder
The globe-spanning presence of wheat and its exalted status among secular and sacred institutions alike differentiates this food from all others presently enjoyed by humans. Yet the unparalleled rise of wheat as the very catalyst for the emergence of ancient civilization has not occurred without a great price

5 Most Powerful Health Benefits of Ginger
Written by GreenMedInfo Research Group
Our modern world is a difficult place to maintain a healthful balance. Ginger is, hands down, one of the most broadly therapeutic and familiar plant allies available to us to prevent and even reverse a wide range of ailments, with the science supporting its safety and efficacy one of the most robust.

10 Reasons to Add Andrographis to Your Medicine Cabinet
Written by Ali Le Vere, B.S., B.S. - Senior Researcher-GreenMedInfo
Andrographis has the potential to replace a whole host of pharmaceutical drugs, and to improve autoimmune disorders, cancer, metabolic disease, and infection

The GAPS Diet & Histamine Intolerance
Written by Melanie Christner, CNP
Do you have histamine intolerance symptoms? The GAPS Protocol may be the detoxification, supplement and lifestyle program and diet you may need.

Top 5 Reasons NEVER to Take a Proton Pump Inhibitor
Written by GreenMedInfo Research Group
Millions of doses of "acid blocking" proton pump inhibitor drugs are doled out every year, yet most doctors and their patients are completely oblivious to their unintended, adverse effects, which include increased risk for premature death.

Griffonia Simplicifolia, an African Herb, Found Superior to Drugs for Motion Sickness
Written by Linda Woolven & Ted Snider
Motion sickness plagues many, children in particular. Usually sufferers are dosed with a pharmaceutical whose side effects mirror the symptoms they are supposed to help. But thankfully a little-known herb from Africa is gaining scientific attention as a superior, natural alternative.

Kimchi Packs Proven Health Benefits
Written by GreenMedInfo Research Group
Koreans have been enjoying salted and fermented vegetables known as kimchi for about 2000 years. But this spicy dish is much more than a condiment. More than 130 studies attest to the amazing healing properties of this humble food

Five Benefits of Cardamom for the Health Conscious
Written by GreenMedInfo Research Group
It may not be as popular worldwide as ginger, cinnamon and the other heavyweights of the spice world, but cardamom has earned a special place in diet and wellness for its wonderful benefits. In fact, this spice -- a staple in Indian cuisine -- is often regarded as the "queen of spices" where it's widely used. Here are five astounding benefits of cardamom for easily maintaining your health and well-being

7 Powerful Healing Properties of Bananas
Written by Sayer Ji, Founder
The banana has a secret second life. It has been observed slyly practicing medicine without a license, and indeed, seems readily equipped with the following nutritional "super powers"....

Antibiotics: Side Effects and Alternatives
Written by Kelly Brogan, M.D.
We use a lot of antibiotics. For coughs, cuts, urinary tract infections, and many times “just in case.”