Recurrent miscarriages may occur due to undiagnosed celiac disease, and may resolve after a gluten-free diet.Nov 01, 2008

A Gluten & Casein-free diet may be therapeutic in the treatment of autism. Jul 01, 2009

A Gluten-free diet in psoriasis patients with antibodies to gliadin results in significant clinical improvements.Jan 01, 2003

A high prevalence of gluten sensitivity is found in sporadic and hereditary cerebellar ataxia.Apr 01, 2001

A novel wheat gliadin is the cause of exercise-induced anaphylaxis.May 01, 1999

A significant proportion of patients with migraine may have celiac disease, and that a gluten free diet may lead to a improvement in the migraine in these patients.Mar 01, 2003

A subgroup of Irritable Bowel Syndrome patients have latent/potential celiac disease and respond to a gluten-free diet.Dec 01, 2001

A wheat/casein free diet may have therapeutic effets in autism spectrum disorders. Apr 01, 2006

Alcohol related cerebellar degeneration could in genetically susceptible individuals be able to induce sensitization to gluten.Dec 31, 2012

Bacteria have been identified as natural colonizers in the upper gastro-intestinal tract which are capable of degradating harmful gluten peptides.Jan 01, 2011

Celiac disease is markedly overrepresented among patients presenting with ADHD.Jan 01, 2011

Celiac disease is more prevalent in patients with inflammatory myopathies than in the general population. Jan 01, 2007

Celiac disease should be considered among the differential diagnoses in a patient with poly-arthritis.Jan 01, 2011

Children with autism and patients with autoimmune disease have antibodies against gliadin peptide-peptidase complexes which may result in neuroimmune dysregulation and autoimmunity.May 01, 2004

Dermatomyositis may be associated with celiac disease even in the absence of gastrointestinal symptoms. Jun 01, 2006

Elevated IgA antibodies to gluten and gliadin proteins and to casein in milk have been found in patients with Rett syndrome.Mar 01, 2006

Gluten ataxia may be the single most common cause of sporadic idiopathic ataxia.Mar 01, 2003

Gluten sensitivity as diagnosed by the presence of anti-gliadin antibodies is common in patients with neurological disease of unknown cause (57%), but also occurs in 12% of the control population sampled. Feb 10, 1996

Gluten sensitivity has been defined as an abnormal non-allergic sensibility to gluten.Sep 01, 2010

Gluten sensitivity is a clinically confirmed problem in multiple sclerosis.Sep 01, 2009

Gluten sensitivity is associated with IgG anti-gliadin antibodies in 56.4% of patients tested.Dec 01, 2011

Gluten sensitivity is prevalent in patients with IgA nephropathy.Aug 01, 2009

Gluten sensivity may not be detectable with conventional light microscopy.Nov 01, 2003

Individuals with mania have significantly increased levels of IgG antibodies to gliadin.Mar 02, 2012

Markers of gluten sensitivity and celiac disease are increased in recent-onset psychosis and multi-episode schizophrenia.Jul 01, 2010

Multiple myeloma patients exhibit humoral immunoreactivity to gliadin and to tissue transglutaminase, not unlike those with celiac disease.Jan 01, 2008

Myopathy associated with gluten sensitivity has been demonstrated.Apr 01, 2007

Neurological symptoms occur in 6-10% of those with celiac disease, with cerebella ataxia being the most frequent symptom.Dec 15, 2009

Palmoplantar pustulosis is a condition highly correlated to gluten sensitivity.Apr 01, 2007

Patients with multiple myeloma have immunoreactivity to gliadin similar to those with celiac disease.Jan 01, 2009

Persons with schizophrenia have higher than expected titers of antibodies related to celiac disease and gluten sensitivity.Jan 01, 2011

Preparations of gliadin, extracted from wheat gluten, were shown to stimulate a proliferative response by lymphocytes of normal donors. Jan 01, 1980

Rye and barley may elicit symptoms in patients with wheat-dependent, exercise-induced anaphylaxis.Mar 01, 2001

The involvement of wheat intolerance in multiple sclerosis may be as high as 12% of patients.Jun 22, 2004

The majority of patients with Meniere's disease tested (56.9%) are sensitive to gliadin, as measured by a skin prick test. Dec 06, 2011

There is a high prevalance of antibodies to gliadin in patients with inflammatory myopathies, indicating a higher prevalance of gluten sensitivity or celiac disease in this patient group.Sep 01, 2009

There is a high prevlance of gluten sensitivity in Japanese patients with adult-onset cerebellar ataxia.Jan 01, 2006

There is a higher frequence of celiac disease associated antibodies in autoimmune hepatitis.Oct 01, 1998

There is a higher prevalance of celiac disease and gluten sensitivity in patients with Grave's hyperthyroidism.Mar 01, 2005

There is a link between gluten sensitivity and GAD antibody-associated diseases, e.g. Stiff-Person Syndrome (SPS).Mar 01, 2011

There is a prevalence of IgA-antigliadin antibodies and IgA-antiendomysium antibodies related to celiac disease in children with Down syndrome.Feb 01, 1998

There is an increased frequency of gliadin antibodies in patients with Down syndrome, indicating the possibilty of an increased incidence of celiac disease in this population.Sep 01, 1990

Unexplained infertility in women may be due to celiac disease.Jun 01, 2007

Wheat intolerance is a common causative factor in atopic dermatitis.Apr 01, 2000

Differences in the IgE reactivity of sera towards the two genotypes were quantified by ELISA testing. 39 IgE-binding proteins, some of them unknown until now as wheat allergens were identified. Aug 11, 2011

Polyphenol interactions mitigate the immunogenicity and allergenicity of gliadins.Feb 12, 2017

A case study of a 54-year-old Korean woman with a five-year history of wheat flour allergy resulting in a diagnosis of wheat-dependent exercise-induced anaphylaxis.Oct 31, 2009

Autism and Dietary Therapy: Case Report and Review of the Literature.May 09, 2013

Celiac disease presenting as severe osteopenia has been reported.Nov 01, 2011

Gluten encephalopathy with psychiatric onset has been reported.Jan 01, 2009

Gluten sensitivity has been mistaken for Systemic Lupus Erythematosus. Nov 01, 2004

Gluten sensitivity presenting as neuromyelitis optica has been reported. Jul 01, 2005

Propriospinal myoclonus associated with gluten sensitivity in a young woman has been reported. Apr 15, 2012

Resolution of metabolic syndrome after following a gluten free diet in an adult woman diagnosed with celiac disease has been reported. Jun 15, 2011

Sporadic cerebellar ataxia associated with gluten sensitivity has been reported.May 01, 2001

The present case report shows that psychosis may be a manifestation of non-celiac gluten sensitivity.Jun 30, 2015

Bifidobacteria inhibit the inflammatory response induced by gliadins in intestinal epithelial cells via modifications of toxic peptide generation during digestion.Mar 01, 2010

These findings convincingly indicate a direct relationship between infection with T. gondii and the generation of antibodies to gluten.Dec 31, 2011

Wheat Germ Agglutinin, a lectin found in wheat, may be associated with endometritis. Oct 22, 2008

Wheat germ agglutinin (WGA) exhibits activity in a plasma membrane preparation of rat pancreas, which can be blocked by a n-acetyl-d-glucosamine rich glyoprotein.Jun 01, 1977

A large number of neurologic syndromes may result from gluten intolerance.Apr 01, 2005

A probiotic preparation has the capacity to hydrolyze proteins responsible for wheat allergy.Jan 01, 2007

Because anti-gliadin antibodies bind to neuronal synapsin I it is possible that molecular mimicry and antibody cross-reactivity are responsbile for neurological symptoms associated with gluten sensitivity. May 15, 2007

Bifidobacterium longum might ameliorate gliadin toxicity and modify the responses of intestinal epithelial cells to the gliadin challenge.Jul 26, 2011

Gliadin has a direct cytotoxic effect on the cytoskeleton and tight junctions of epithelial cells.Dec 28, 2005

Gluten intolerance gives rise to a variety of dermatological manifestations which may benefit from a gluten-free diet.Jan 01, 2006

Identification of gluten fractions and derived peptides involved in wheat allergy and intolerance, including celiac diseaseJan 31, 2011

Research: Gluten reaction risk from consuming oats may vary according to strain of oatAug 28, 2012

The habitual consumption of wheat gluten may be a contributing factor in the pathogenesis of type 1 diabetes.Jan 01, 2007

The oral cavity contains a novel and rich source of gluten-degrading microbial enzymes, indicating that thorough chewing may reduce the antigenicity of gluten.Jan 01, 2010

There are neurologic and psychiatric manifestations to gluten sensitivity.Aug 30, 2011

Wheat Germ Agglutinin decreases levels of stress proteins in the gut which leaves the cells less protected against potentially harmful content of the gut lumen. May 01, 2000

Wheat lectin may be responsible for aggravating celiac disease through secondary intolerances, as well as the occurence of intestinal lesions in healthy subjects administered high levels of gluten.Dec 01, 1985 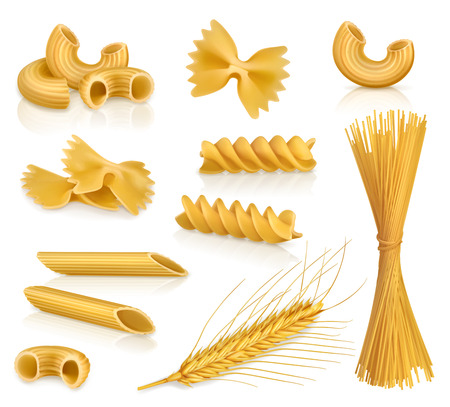 Wheat Contains Not One, But 23K Potentially Harmful Proteins
Written by Sayer Ji, Founder
Despite popular misconceptions gluten is only the tip of a very large iceberg. There are actually 23,788 distinct proteins that have been identified in wheat, any one of which could incite a negative immune reaction in the body.

When Gluten Can Make You Crazy
Written by Kelly Brogan, M.D.
"Gluten Free": No it’s not a wellness fad. And its elimination may very well be the key to resolving what would otherwise be a chronic and disabling psychiatric condition.

Wheat Gluten Newly Confirmed To Promote Weight Gain
Written by Sayer Ji, Founder
Wheat's weight-promoting effects are newly confirmed. Used to add weight to cattle before slaughter, wheat has been used to pack on the pounds in animal husbandry since the advent of the discipline. Why should we be surprised that it adds weight to humans who eat it as well?

Helpful Tips For Healing A Gluten-Ravaged Body
Written by Sayer Ji, Founder
Many of us ate wheat and gluten-containing products from infanthood into adulthood, unaware of the many adverse health effects that came with this socially–sanctioned dietary practice, until our bodies forced us to fully appreciate the darker side of wheat. Now, having thrust a baguette into the glutinous heart of the wheat monster, many of us have bodies that are still recovering from its ravages.

Going Against the Grain Towards Better Health
Written by Sayer Ji, Founder
Grains are often called the "staff of life," having a sort of credibility that is biblical in proportion. So prevalent is the perception that grains make for "good food" that the Food and Agriculture Organization (FAO) - which is the United Nation's international agency for defeating hunger - uses a head of wheat as its emblem, with the Latin Fiat Panis or "Let There Be Bread" as its motto

News Release: GMOs Linked to Exploding Gluten Sensitivity Epidemic (FREE PDF)
Written by GMI Reporter
The Institute for Responsible Technology (IRT) released a report today proposing a link between genetically modified (GM) foods and gluten-related disorders. In today’s report, a team of experts suggests that GM foods may be an important environmental trigger for gluten sensitivity, which is estimated to affect as many as 18 million Americans.

"Glutenfree" Fallacy Reveals Widespread Grain Addiction
Written by Dr. Rivkah Roth
Discussing the challenges and misunderstandings about what makes for a healthy glutenfree lifestyle with the example of a grain-free Paleolithic diet.

Could Gluten Intolerance Symptoms Include Psychosis?
Written by Kelly Brogan, M.D.
Can Wheat Make You Crazy?

When Carrots May Not be Good for You
Written by Dr. Rivkah Roth
Retinoic acid causes inflammation. In an odd twist, nature reverses the important anti-inflammatory and growth factor related role of vitamin A: its metabolite retinoic acid partners with interleukin-15 (IL-15) to produce inflammation in some HLA-DQ2/DQ8 gene carriers