Aloe vera is effective and safe for the treatment of patients with irritable bowel syndrome.Aug 28, 2018

Peppermint oil was shown to be a safe and effective therapy for pain and global symptoms in adults with irritable bowel syndrome.Jan 16, 2019

Probiotics have beneficial effects on IBS, which can improve the patients' symptoms and with less adverse reaction.Apr 30, 2015

A brief psycho-educational group intervention is efficacious in changing cognitions and fears about the symptoms of the irritable bowel syndrome, and these changes are associated with clinically meaningful improvement in symptoms and quality of life.Dec 02, 2012

"A low FODMAP diet appears to be more effective than standard dietary advice for symptom control in IBS."Sep 30, 2011

"Frequency of celiac disease and irritable bowel syndrome coexistance and its influence on the disease course"Jan 01, 2009

A combination of curcumin and fennel essential oil significantly improved symptoms and quality of life in IBS patients over 30 days.May 31, 2016

A mixture of Escherichia coli (DSM 17252) and Enterococcus faecalis (DSM 16440) has a therapeutic effect in the treatment of the irritable bowel syndrome. Oct 01, 2008

A multispecies probiotic seems to be an effective and safe option to alleviate symptoms of irritable bowel syndrome, and to stabilize the intestinal microbiota.Jan 01, 2008

A novel PO formulation designed for sustained release in the small intestine is a safe, effective treatment capable of providing rapid relief of IBS symptoms.Aug 28, 2015

A pooled analysis of two small studies suggests a possible benefit for clinical homeopathy over placebo for people with constipation-predominant IBS.Nov 12, 2013

A subgroup of Irritable Bowel Syndrome patients have latent/potential celiac disease and respond to a gluten-free diet.Dec 01, 2001

Acupuncture/moxibustion treatment shows promise in the area of symptom management for IBS.Jul 01, 2009

Aloe vera may have therapeutic value in the treatment of irritable bowel syndrome. Sep 01, 2006

Arrowroot is an effective treatment for diarrhea in irritable bowel syndrome patients. Nov 01, 1994

Auricular acupressure was effective for symptom improvement in patients with irritable bowel syndrome.Dec 31, 2019

Auricular acupressure was effective for symptom improvement in patients with irritable bowel syndrome.Jun 24, 2019

B infantis 35624 alleviates symptoms in IBS; this symptomatic response was associated with normalization of the ratio of an anti-inflammatory to a proinflammatory cytokine, suggesting an immune-modulating role for this organism, in this disorder.Mar 01, 2005

B. infantis is a probiotic that specifically relieves many of the symptoms of IBS.Jan 01, 1985

Bacillus subtilis and Streptococcus faecium are a safe and useful probiotic agent for the treatment of abdominal pain in patients with IBS.Jun 01, 2006

Bifidobacterium animalis has a beneficial effect on health-related quality of life and symptoms in adults with IBS. Aug 01, 2007

Biofeedback may have therapeutic value in the treatment of IBS. Jan 01, 2009

Charcoal tablets have therapeutic value in the treatment of patients with irritable bowel syndrome.Sep 01, 2002

Dual-coating layers of probiotic supplement can be a candidate for treatment of diarrhea-predominant irritable bowel syndrome.May 12, 2016

Enteric-coated peppermint-oil capsules is safe and effective in the treatment of irritable bowel syndrome. Dec 01, 1997

Group hypnotherapy is effective in patients with IBS.Dec 31, 2012

High-dose synbiotics were superior to placebo in improving bowel symptoms and fatigue of IBS patientsDec 31, 2018

Hypnotherapy may exert its therapeutic effect in IBS by reducing the sensory and motor component of the gastrocolonic response. Mar 01, 2004

Lactobacillus casei has a beneficial effect on intestinal fermentation patterns in patients with irritable bowel syndrome.Aug 28, 2008

Lactobacillus gasseri BNR17 can be a potential probiotics to ameliorate diarrhea-irritable bowel syndrome.Feb 28, 2018

Montmorillonite appears to have therapeutic value in patients with constripation-predominant IBS. Feb 15, 2005

Moxibustion of specific acupoints appears to have therapeutic value in the treatment of irritable bowel syndrome (diarrhea type). Feb 01, 2009

Pancreatic enzymes reduce symptomatic response of healthy subjects to a high fat meal indicating they may be beneficial in irritable bowel syndrome,Feb 01, 2006

Peppermint oil is a safe and effective therapeutic agent in patients with irritable bowel syndrome.May 01, 2010

Probiotic supplementation with Bifidobacterium longum may contribute to improved treatment outcomes in patients with IBS. Aug 01, 2006

Probiotic therapy has significant benefits in the treatment of irritable bowel syndrome. Jul 01, 2004

Psyllium fiber reduced the number of abdominal pain episodes in children with IBS.Apr 10, 2016

Relaxation training is a brief group intervention that significantly improves symptom severity, general health perception and medical consumption in irritable bowel syndrome patients immediately after, as well as 6 and 12 months after intervention.Oct 16, 2010

Serum selenium levels are depressed in patients with colitis (CCC) and irritated bowel syndrome (IBS) and may be resolved with spirulina-based selenium supplement. Jan 01, 2007

Sorbitol intolerance associated wtih abdominal pain, bloating and diarrhea may be an under reported phenomenon. Sep 01, 1985

SunGold kiwifruit has some potential as a possible alternative therapy for constipation.Dec 31, 2018

Supplementation with a mixture of beta-glucan, inositol, and digestive enzymes reduces bloating, flatulence and abdominal pain, and improves the overall clinical condition of IBD-IBS patients.Jan 01, 2017

The administration of Biobran improved IBS symptoms in patients. Dec 31, 2013

The kiwifruit extract relieved constipation and the symptoms of IBS such as bloating, flatulence and abdominal pain.Dec 31, 2017

The multi-strain probiotic was associated with a statistically significant improvement in overall symptom severity in patients with IBS.Jun 30, 2014

The prebiotic galactooligosaccharide stimulates gut bifidobacteria in IBS patients and is effective in alleviating symptoms.Mar 01, 2009

This study indicates that Vitamin D therapy can improve the severity of symptoms and quality of life in patients with irritable bowel syndrome.Dec 31, 2018

Treatment with a probiotic-prebiotic complex may be an option for short-term (2-4 weeks) and long-term ( approximately 60-week) reductions in IBS symptoms.Jun 01, 2007

VH200® seems to be a promising treatment option for patients with IBS owing to the positive results seen within the secondary endpoints.Aug 31, 2015

vitamin D deficiency is highly prevalent in patients with IBS and these results seem to have therapeutic implications. Feb 28, 2015

Yoga holds promise as an intervention for adolescents with IBS.Jan 01, 2006

Yogic intervention may be superior to conventional treatment in diarrhea-predominant IBS.Mar 01, 2004

Fecal microbiota transplantation as a novel therapy for severe psoriasis.Sep 30, 2019

Effects of novel probiotics in a murine model of irritable bowel syndrome.Mar 24, 2020

Electroacupuncture and moxibustion treatments may both relieve visceral hypersensitivity at different degree in rats with C-IBS.Dec 31, 2015

Electroacupuncture stimulation of the sensitized acupoint can improve diarrhea in D-IBS rats.Oct 24, 2017

high-fat enteral nutrition is potentially therapeutic in various inflammatory disorders such as sepsis and inflammatory bowel disease (IBD) characterized by an inflammatory response in which TNF-α is prominent and intestinal barrier function is impairedOct 17, 2005

The ketogenic diet reduces the harmful effects of stress on gut mitochondrial biogenesis.Mar 27, 2021

β-glucan may be beneficial for the treatment and prevention of IBS.Mar 10, 2012

A review of cannabinoid pharmacology and therapy in gut disorders.Jul 31, 2018

A review of the nutritional and health attributes of kiwifruit.Feb 21, 2018

A review of thirty years of Lactobacillus rhamnosus GG.Feb 28, 2019

According to the results of studies, oral Z. multiflora essential oil (2%) is a good candidate for management of IBS.Jan 14, 2018

Curcumin's ability to inhibit VEGF-mediated angiogenesis in human intestinal microvascular endothelial cells indicate it may have value in irritable bowel syndrome and cancer.Nov 01, 2008

Dysregulation of the gut-brain axis may contribute to the pathogenesis of irritable bowel syndrome.Jul 13, 2011

Endocannabinoid system in irritable bowel syndrome and cannabis as a therapy.Dec 31, 2019

Exercise is potentially a feasible and effective treatment for IBS patients.Dec 31, 2018

Fecal microbiota transplantation could be a beneficial therapy for gastrointestinal diseases. Jun 03, 2019

In the absence or dysfunction of normal gut flora, a multitude of diseases may occur, shedding light on the important role maintained by the gut–brain axis.Dec 31, 2014

Irritable bowel syndrome: a review of the general aspects and the potential role of vitamin D.Mar 31, 2019

Melatonin is a relatively safe drug that possesses potential in treating IBS. Mar 13, 2014

New insights into the pathogenesis and treatment of irritable bowel syndrome.Feb 28, 2017

Review: The role of diet in the pathogenesis and management of irritable bowel syndrome Apr 30, 2012

Subgrouping of IBS based on the fecal microbiota alterations may be helpful to manage and treat the IBS patients.Jan 30, 2015

The available evidence suggests that low vitamin D status is common among the IBS population.Jan 24, 2018

The ingestion of gluten seems to be related to disease.Dec 31, 2013

The role of Lactobacillus plantarum 299v in supporting treatment of selected diseases.Dec 31, 2019

The role of lipids in the regulation of inflammation, pain and CNS diseases.Feb 15, 2017

There is an association between irritable bowel syndrome and depression.Aug 20, 2018

This reviews the information regarding the potential benefits of melatonin as a co-adjuvant treatment in gastrointestinal diseases.Dec 01, 2016

Yoga might be a feasible and safe adjunctive treatment for people with IBS. Apr 21, 2016 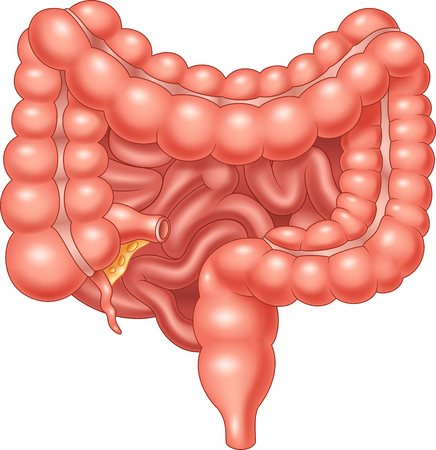 Aloe Vera: Top Uses for This Easy-to-Grow Plant
Written by GreenMedInfo Research Group
More than just helping your skin recover from sunburn, aloe vera has a rich array of uses to improve your health and well-being. It can be ingested to fight inflammation or irritable bowel syndrome, or applied topically to fight eczema and other skin conditions. Here are compelling reasons to maintain your aloe vera plant at home -- or start growing one today

Wheat As A Common Cause of Dyspepsia and Irritable Bowel
Written by Sayer Ji, Founder
Could common complaints of bloating, abdominal tenderness and indigestion following a meal, and even the increasingly prevalent complaint lazily labeled 'irritable bowel syndrome' by conventional medicine, be worsened -- even caused -- by consuming wheat?

The Power of Peppermint: 15 Health Benefits Revealed
Written by Sayer Ji, Founder
Peppermint has been used as a herbal medicine for thousands of years. Dried leaves found in Egyptian pyramids have been carbon dated back to 1,000 BC. Modern science increasingly confirms the therapeutic potential of this plant for disease prevention and treatment.

Could GMOs Be Behind Your Digestive Problems?
Written by Rhonda Burns
Do you have digestive problems? Don't wait for science to sort it out, do your own test on the GMO effects on your health

4 Steps to Heal Leaky Gut and Autoimmune Disease
Written by Dr. Josh Axe
Leaky Gut Syndrome is a rapidly growing condition that millions of people struggle with and don't even know it can lead to many other health conditions.

"Glutenfree" Fallacy Reveals Widespread Grain Addiction
Written by Dr. Rivkah Roth
Discussing the challenges and misunderstandings about what makes for a healthy glutenfree lifestyle with the example of a grain-free Paleolithic diet.

11 Things Better than Drugs or Supplements for Healing
Written by Sayer Ji, Founder
Natural medicine doesn't just involve "nutraceuticals," but extends to modalities like yoga and acupuncture that an increasing body of peer-reviewed research shows can be superior to drugs

News Release: GMOs Linked to Exploding Gluten Sensitivity Epidemic (FREE PDF)
Written by GMI Reporter
The Institute for Responsible Technology (IRT) released a report today proposing a link between genetically modified (GM) foods and gluten-related disorders. In today’s report, a team of experts suggests that GM foods may be an important environmental trigger for gluten sensitivity, which is estimated to affect as many as 18 million Americans.

Avoiding FODMAPS, Because Gluten-Free Diets Are Not Enough
Written by Vic Shayne, Ph.D.
Sometimes going gluten free is just not enough to reduce symptoms of bloating and other functional bowel complaints, including IBS. Could there be more to the picture than previously believed? Enter the acronym FODMAPs, as it may provide a crucial missing link in solving the problem once and for all...

5 Rules for Eating Away Your Depression
Written by Kelly Brogan, M.D.
The path to wellness is through food

Cannabinoids for Autoimmune Disease
Written by Ali Le Vere, B.S., B.S. - Senior Researcher-GreenMedInfo
This unjustly demonized plant is about to change the scope of medicine and disease management as we know it

Why You Should Eat Two Apples a Day
Written by GreenMedInfo Research Group
A 2020 study points to apples' ability to mediate significant gut microbial metabolic activity. All it takes: two apples a day