Consumption of coffee during pregnancy was associated with a higher risk of fetal death, especially losses occurring after 20 completed weeks of gestation.Nov 15, 2005

Rates of cesarian section and miscarriage are higher in those with celiac disease.Apr 01, 2005

Expectant management (vs. medical intervention) based on the 2-week rule is a viable and safe option for women with first-trimester miscarriage. Feb 01, 2010

37.6% of the women subjected to curettage following abortion had intra-uterine adhesions.Sep 06, 2007

81% of those women who choose expectant management of spontaneous first trimester miscarriage are successful and 91% whose miscarriages were classified as incomplete.Nov 15, 2009

Coffee drinking early in pregnancy is associated with an increased risk of abortion.Aug 01, 1998

Expectant management is highly effective (100% within 30 days) for incomplete abortion in the first trimester.Jul 01, 2009

Expectant management of miscarriage is effective in 69% of patients studied. Aug 01, 2005

Heavy caffeine consumption (especially when there is nausea) during pregnancy may increase the risk of spontaneous abortion.May 01, 1991

Low to moderate lead exposures may increase the risk for spontaneous abortion at exposures comparable to US general population levels.Sep 15, 1999

Maternal caffeine consumption is associated with an increased risk of spontaneous abortion.May 01, 1996

Most women (91%) with an incomplete, spontaneous miscarriage chose expectant management and had a successful outcome.Jun 01, 2002

The available evidence suggests that medical treatment, with misoprostol, and expectant care are both acceptable alternatives to routine surgical evacuation for incomplete miscarriage (less than 24 months). Jan 01, 2010

The ingestion of caffeine may increase the risk of an early spontaneous abortion among non-smoking women carrying fetuses with normal karyotypes.Dec 21, 2000

The use of misoprostol for early pregnancy failure after failed expectant management is less costly than curettage.Apr 01, 2005

There is a measurable systemic inflammatory response in first trimester pregnancy failure.Jan 31, 2012

These findings indicate that triclosan exposure might cause spontaneous abortion.Dec 31, 2014

This article suggests there was a synergstic toxicity between the H1N1 vaccine and the seasonal flu vaccine in the 2009/2010 season that may explain the magnitude increase in fetal deaths.May 01, 2013

Thre is a transient reduction in endometrial thickness found within the first 6 months after D&C versus expectant management for miscarriage.Nov 01, 2009

Use of non-steroidal anti-inflammatory drugs during pregnancy is associated with increased risk of miscarriage.Feb 03, 2001

Use of pivmecillinam (antibiotic) is associated with an increased risk of miscarriage.Apr 01, 2008

Women with miscarriage who chose their own treatment have the best health-related quality of life over time, supporting the role of free choice from a clinical point of view.Jun 01, 2002

Adverse effects were observed as a result of feeding solanidine, solasodine and tomatidine to non-pregnant and pregnant mice.Jan 01, 2003

The protective effect of berberine against lipopolysaccharide-induced abortion.Jul 12, 2018

The results of this study indicate that radiofrequency radiation or methanol on day 9 increased the incidence of resorbed fetuses.Mar 01, 2001

"The tripartite immune conflict in placentals and a hypothesis on fetal-->maternal microchimerism."Dec 31, 2008

Expectant management of first-trimester miscarriage is safe, effective and well-tolerated by women.Nov 01, 2009

Recurrent miscarriages may be due to undiagnosed celiac disease.Feb 01, 2000 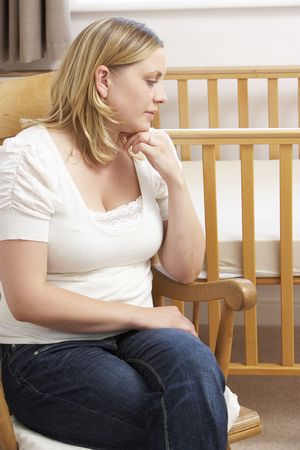 Ready-to-Eat Vegetables Found to Contain Chloroform
Written by GMI Reporter
Are grab-n-go veggies your family’s weeknight meal-time saving grace? Recent studies suggest it’s time to rethink if the convenience is worth the toxic price you pay for pre-washed vegetables

As Reports of Injuries After COVID Vaccines Near 1 Million Mark, CDC, FDA Clear Pfizer, Moderna Boosters for All Adults
Written by Children's Health Defense
VAERS data released today by the CDC included a total of 894,145 reports of adverse events from all age groups following COVID vaccines, including 18,853 deaths and 139,126 serious injuries between Dec. 14, 2020, and Nov. 12, 2021.

Devastating Flu Vaccine-Miscarriage Study Sparks Ridiculous Spin
Written by J.B. Handley, Jr.
The mainstream media is doing their best to minimize a devastating study showing a high correlation (7.7-fold) between flu vaccines and miscarriages. A review of the scientific literature shows a body of evidence that supports the new study’s conclusions. Why can’t we all just deal with the facts?

WHO's Anti-fertility Vaccination Program Chronicled In New Paper
Written by Jefferey Jaxen
Has the World Health Organization (WHO) been purposely misleading women in developing countries into thinking they are protecting them and their future children from tetanus while in fact robbing women of their fertility and the very children they wanted to protect?

Pregnant Women Should Not Get a COVID Vaccine
Written by Dr. Joseph Mercola
Women of childbearing age have virtually no risk of dying from COVID-19, their fatality risk being a mere 0.01%, so they are unlikely to reap any significant benefit from a COVID-19

The Myth of Clean Water
Written by Dr. Roy Speiser
With chronic illness on the rise, people are desperately trying to stem the onslaught, all the while drinking and bathing in the most damaging problem of all. Think you have clean water? You might want to reconsider

Why There is No Such Thing as 'Safe' Tap Water
Written by Sayer Ji, Founder
Despite being at the top of the global food chain and industrial developmental ladder, the United States has a poor track record for delivering uncontaminated drinking water to the public. Even the nicest restaurants are guilty of serving you directly from the tap. It's time to get real about the 'tap water problem'...

From 2-Weeks to Flatten The Curve to EVERYONE MUST GET THE SHOT!!!! Part 2
Written by Dr. Henry Ealy
With zero evidence, the CDC now claims it's safe to co-administer as many other vaccines with the experimental COVID inoculations as a vaccine shooter deems ok