Hazelnut-enriched diet is associated with a decrease of LDL and total cholesterol.Nov 24, 2016 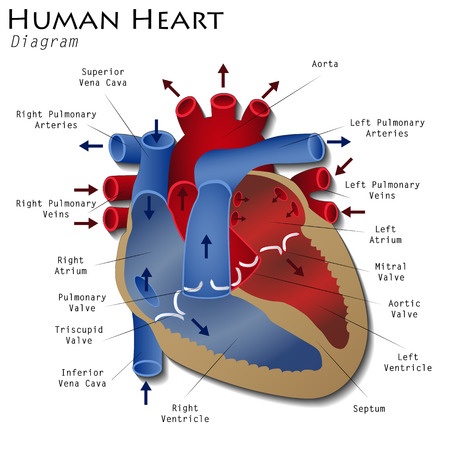 Research: Pomegranate May Reverse Blocked Arteries
Written by Sayer Ji, Founder
While technically a berry, pomegranate "fruit" may be nature's answer to turning the tides against the #1 cause of death in the industrialized world: heart disease

Buh-bye, Obamacare! Hello, Health Care Sharing
Written by Louise Habakus
The Affordable Care Act doesn't work for everyone. Here's how to opt out of Obamacare and enroll an alternative solution.

Reversing Routine Medical Advice: An Update on Aspirin for Preventing Primary Cardiovascular Disease
Written by Linda Woolven & Ted Snider
The 2019 Guidelines on the Primary Prevention of Cardiovascular Disease issued by the American College of Cardiology and the American Heart Association contains recommendations on aspirin that may shock people who have followed routine medical advice for decades

Magnesium Supplements Improve Metabolic Syndrome
Written by Margie King, Health Coach
Magnesium is under-appreciated but it's involved in over 300 biochemical reactions in the body. It's particularly important for those at risk for diabetes.

Top 7 Ways to Keep Baby Safe
Written by Louise Habakus
If what we're doing may contribute to the new normal of childhood chronic illness, then here are 7 bold and brave ways to keep baby safe.

TV Time Cuts Toddler Development
Written by Margie King, Health Coach
My mother always told us that watching too many episodes of The Three Stooges would rot our brains. As it turns out, she may have been on to something.

The Fat Wars: What's a Health-Conscious Consumer to Do?
Written by Jennie Ann Freiman MD
The release of the American Heart Association (AHA) advisory on dietary fats and cardiovascular disease is a call to action, but exactly what that action should be is debatable
Ancient Medical Miracle Rediscovered by Modern Science - Laurus Nobilis
Written by Sinfully Wholesome
Modern science puts and an ancient medical miracle under the microscope and verifies the ancient wisdom of Natural Healthcare Practitioners in the process.

Want Better Metabolism and Overall Health? Try Bursts of Exercise
Written by GreenMedInfo Research Group
Short bursts of physical exercise may induce changes in your body's level of metabolites related to cardiometabolic and heart health and long-term wellness, yet again proving the far-reaching benefits of exercise even with a shorter time investment

Clogged Arteries? Five Ways Garlic Can Help
Written by GreenMedInfo Research Group
Among the famed heart-friendly benefits of garlic consumption is its ability to help prevent atherosclerosis. Here are five ways that this superfood has displayed its might against clogged arteries

Garlic: Roto-Rooter for the Arteries?
Written by Sayer Ji, Founder
One of the most common kitchen staples could prove to also be one of the most effective natural treatments for heart disease

7 Ways to Prevent and Even Reverse Heart Disease with Nutrition
Written by Sayer Ji, Founder
Heart disease while still the #1 cause of mortality in the developed world, can be prevented and even reversed disease with nutrition, according to a growing body of scientific research

Sugar Papers Expose Industry Plot to Frame Fat for Heart Disease
Written by GMI Reporter
It sounds like a movie plot - men with dubious intentions, a trove of secret documents, and a red herring to distract people from the truth. But unlike cinema, this story is 100% real-like the dangers of sugar that industry execs tried to hide

Turmeric's Cardiovascular Benefits Found to be as Powerful as Exercise
Written by Sayer Ji, Founder
Nothing can replace exercise, but turmeric extract does a pretty good job of producing some of the same cardiovascular health benefits, most notably in women undergoing age-associated adverse changes in arterial health

The Powerful Aspirin Alternative Your Doctor Never Told You About
Written by Sayer Ji, Founder
Aspirin's long held promises are increasingly falling flat. A natural, safer and more effective alternative to this synthetic drug has been known about for at least two decades!

Olive Oil Turns Off Heart Disease Genes
Written by Margie King, Health Coach
Just because you inherited some "bad genes" from your parents and grandparents, doesn't mean you are doomed to suffer their diseases. A healthy diet, including olive oil, can modulate the effect of these genes