Association of low vitamin D status with complications of HIV and AIDS.Dec 20, 2018 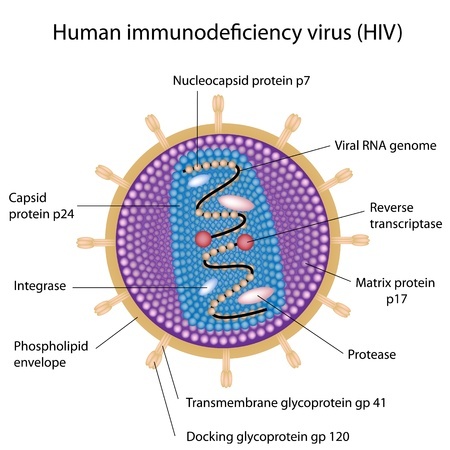 Gene-Editing Unintentionally Adds Bovine DNA, Goat DNA, and Bacterial DNA, Mouse Researchers Find
Written by Jonathan Latham, PhD
Gene-editing of DNA inside of living cells is considered by many to be the preeminent technological breakthrough of the new millennium, but its commercial prospects are much more complicated

Why We Stay Asleep When Covid-19 is Trying to Wake Us Up
Written by Kelly Brogan, M.D.
The personal, lived experience many share does not add up to what they are being told is happening by mainstream media. None of it makes sense, but people are waking up to reality

The 'Secret' Healing Properties of Bamboo
Written by Katherine Carroll, NTP
If it Isn't in Your Cup, it Should Be

Astonishing COVID-19 Testing Fraud Revealed
Written by Dr. Joseph Mercola
The COVID-19 pandemic has brought us many harsh lessons. Importantly, it has shown us how easy it is to manufacture panic and control entire populations through deceptive means

Examining RFK Jr.'s claim that the CDC “Owns over 20 vaccine patents.”
Written by Ginger Taylor, MS
Mr. Kennedy is in very safe territory by reporting that the CDC has over 20 patents that create vast, undisclosed conflicts of interests in vaccine safety.

The Pertussis Vaccine and Children Brain Damage: America's Dark Vaccine History
Written by Barbara Loe Fisher, Co-Founder NVIC
It is a primitive bacterial vaccine licensed in 1914. 1 It has not been given to babies in America for 20 years.

The Proof is in the Panic: We Need a New Strategy against Viral Infections
Written by Alex Vasquez DC ND DO FACN
The international outbreaks of viral infections in late 2014 have shown we need a new antiviral strategy that go beyond sanitation, vaccination and medication.

OP-ED: Coronavirus: Why it's not Like the Other Fake Epidemics
Written by Jon Rappoport
In previous incarnations of "raging outbreaks," the people controlling the operation (CDC, WHO, etc.) were content to let their propaganda fade out after a short time. And as quickly as the false threat was invented, it began to dissolve

5 Antibacterial Agents ( 'AncientBiotics' ) From Nature
Written by GreenMedInfo Research Group
Probiotics, green tea and honey are examples of "ancientbiotics" -- natural compounds that have been used for centuries address the overgrowth of opportunistic bacteria, and that have scientifically validated antibacterial (i.e. microbiome improving) properties that are valued to this day

Was the COVID-19 Test Meant to Detect a Virus?
Written by Celia Farber
The Corona Simulation Machine: Why the Inventor of The "Corona Test" Would Have Warned Us Not To Use It To Detect A Virus

Cannabis Use Leads to Fewer, Less Painful Migraines
Written by GreenMedInfo Research Group
Do you suffer from frequent or intense migraines? A new study on medical marijuana use shows that inhaling cannabis may be a safe way to get fewer and less painful headaches

Bioweapons Expert Speaks Out About Novel Coronavirus
Written by Dr. Joseph Mercola
In this interview, Francis Boyle shares his theory of the origin of this novel coronavirus

Are You Getting Enough Dietary Sulfur?
Written by GreenMedInfo Research Group
Sulfur, a vital nutrient for cellular functioning, may not be at the top of your list of supplements, but it is one mineral you cannot live without. Read on to learn how you can boost your vital energy and metabolism by adding more sulfur-rich foods to your diet

PLAGUE – The Book America MUST Read!
Written by Kent Heckenlively
Could the connection between retroviruses and Chronic Fatigue Syndrome, Myalgic Encephalomyelitis, or Autism be the scientific story of the century?

Emergency COVID-19 Vaccines May Cause Massive Side Effects
Written by Dr. Joseph Mercola
With COVID-19 vaccines on the precipice of mass distribution, the one thing the media isn't talking about is the definition of "effective" when it comes to these vaccines

Op-Ed: The Bio-Weapon Theory of the China Epidemic
Written by Jon Rappoport
At the heart of the so-called epidemic in China the dreaded coronavirus has been weaponized and is on the loose--either as the result of an accident or an intention

Public Health Officials are Lying About Lockdowns
Written by Dr. Joseph Mercola
As of August 23, 2020, the CDC reported a COVID-19 death toll of 161,392. Meanwhile, the more accurate fatality rate was a mere 9,684

Science Supports Reishi Mushrooms' Health-Boosting Potential
Written by GreenMedInfo Research Group
Mushrooms are trending, and this fad has merits for your body, brain and even your spiritual well-being. See why reishis have earned the respect of the scientific community and learn how they can boost your health

Taking No Prisoners in the Vaccine Culture War
Written by Barbara Loe Fisher, Co-Founder NVIC
When a government policy is unjust and people resist, the last resort is always a show of force