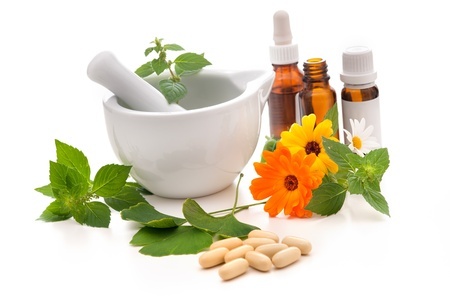 How to Craft a Natural Home Medicine Kit
Written by Vanessa Nixon Klein
​Crafting a home medicine kit can be easy and inexpensive -- and is something no home should go without!

FDA Pushing To Regulate Homeopathy Out of Existence?
Written by Martha M Grout, MD, MD(H)
Why is there a sudden push by the FDA to label homeopathic remedies as dangerous? Why is there a need to regulate substances that have been used for hundreds of years with out any issues? What does the FDA gave to gain?

The Homeopathic Answer to Mumps
Written by Larry Malerba, DO
It is becoming increasingly clear that the MMR (measles, mumps, rubella) vaccine is failing to live up to its alleged preventative benefits

Extreme Bias in FTC’s Ruling on Homeopathic Medicine
Written by Dana Ullman, MPH, CCH
In an ongoing effort to undermine homeopathy, the FTC disregards hundreds of peer-reviewed studies and suggests that there is no scientific evidence for these safe, effective therapies.

The Rise of Scientific Fundamentalism
Written by Larry Malerba, DO
Contrary to the beliefs of some, science is not an impenetrable body of settled fact that must be defended at all costs in the name of truth. When science becomes a worldview—a philosophy of life, a metaphysical framework that explains existence—it is no longer science; it is scientism.

Access to Homeopathy Threatened by Latest FDA Action
Written by GMI Reporter
The U.S. Food and Drug Administration (FDA) recently announced a new guidance that could lead to the end of homeopathy in America in less than three months

FDA Scrutinizes Homeopathy - Urgent Action Required!
Written by Larry Malerba, DO
On the heels of a recent upswing in anti-homeopathy activity in Australia, Canada, and the UK, the FDA recently gave surprise notice of its intent to review the legal status of homeopathic products in the U.S. marketplace. The fact that this will be the first such FDA review in twenty-five years makes its timing more than a little suspicious.

Illness as an Obstruction to Growth of Consciousness
Written by Larry Malerba, DO
The following is an excerpt from Dr. Larry Malerba's book, Dynamic Medicine: The World According to Homeopathy, which offers an insightful examination of this unusual healing art and science…

Compelling Facts, Figures, and Scientific Studies about Homeopathic Medicine (aka "the original nanomedicine")
Written by Dana Ullman, MPH, CCH
According to a 2013 article in the Washington Post, the subjects of Jesus Christ and homeopathy are the most controversial subjects on Wikipedia in four leading languages

Homeopathy and the Federal Trade Commission: Policies for the 21st Century
Written by National Health Freedom Coalition
Homeopathy is an energy medicine giant that is key to the health awakenings of the 21st Century. Current laws and public policy will have to be evaluated and designed with homeopathy’s impact in mind.

Is Pharma Trying to Eliminate the Homeopathic Competition?
Written by Larry Malerba, DO
Homeopathy is a thorn in the side of Pharma because of the fact that its unique medicines are FDA regulated, safe, inexpensive, and can't be patented.

In Defense of Homeopathy
Written by Larry Malerba, DO
Homeopathy is here to stay. Despite relentless criticism from skeptics and fundamentalists, homeopathy has withstood the test of time.

Your Best Strategy in the Face of Ebola
Written by James Maskell
In a scenario where antibiotics or vaccines do not work against Ebola, what alternatives do we have?