The role of coconut oil in treating patients affected by plaque-induced gingivitis.Sep 21, 2020

The use of coconut oil as a treatment strategy for xerostomia post-HNC radiation is feasible, inexpensive, and safe.Dec 31, 2019

Virgin coconut oil at a low dose could be used to reverse hepatic structural alteration and some biochemical deviations in obese condition.May 31, 2020 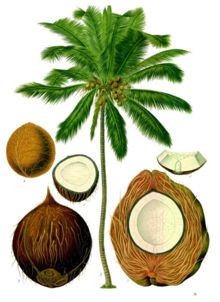 The Fat Wars: What's a Health-Conscious Consumer to Do?
Written by Jennie Ann Freiman MD
The release of the American Heart Association (AHA) advisory on dietary fats and cardiovascular disease is a call to action, but exactly what that action should be is debatable

MCT Fats Found In Coconut Oil Boost Brain Function In Only One Dose
Written by Sayer Ji, Founder
MCTs, the primary type of fat found within coconut oil, have been found to boost cognitive performance in older adults suffering from memory disorders as serious as Alzheimer's -- and not after months or even days of treatment, but after a single 40 ml dose!

Let Food Be Your Cosmetic: Coconut Oil Outperforms Dangerous Petroleum Body Care Products
Written by Sayer Ji, Founder
What you put on your skin goes directly into your body. Indeed, human autopsy studies have shown that mineral oil widely permeates our internal organs; major moisturizer brands have been found to cause tumor formation in treated animals. All the more reason why we need healthy "food cosmetics" as an alternative to petroleum-derived body care products.

Toxic Massage: The Dark Side of A Highly Therapeutic Modality
Written by Sayer Ji, Founder
Massage is one of the best ways to pamper yourself, but did you know that a massage can be extremely toxic? Unless you know what questions to ask, your massage could include a significant dose of crude oil distillates and hormone-mimicking chemicals that are on the world watch-list of carcinogens, but are somehow still allowed into your personal care products

Virgin Coconut Oil More Effective than Drugs in Combating Stress and Depression
Written by Brian Shilhavy
Is it time for a new paradigm in mental health? Are non-drugs, like virgin coconut oil, a safter and more effective alternative to stress and depression?

Coconut Oil Improves Alzheimer's Disease Symptoms
Written by Sayer Ji, Founder
The Alzheimer's brain can't handle glucose effectively, which is why this unique saturated fat may hold the key to improving and even reversing the condition in some patients

Coconut: The Earth's Most Widespread Medicinal Fruit Plant
Written by Sayer Ji, Founder
Besides hemp, there are few if any plants that produce as much food, shelter, and medicine as the coconut palm.

What is Candida?
Written by Pat Robinson
Candida (Yeast) is a late sign of impaired gut health. Candida is associated with craving simple carbs (white foods--pasta, bread, rice, and all sugars) which feed the yeast. Candida develops for many reasons. Basically, it is a 'helper' attempting to create balance in the gut, generally due to antibiotics, preservatives, heavy metal toxins and sterile foods. We can make candida obsolete and unnecessary by rebalancing gut microbials.

Coconut Oil Pulling Superior to Chemicals for Oral Health
Written by Sayer Ji, Founder
Swishing your mouth out with coconut oil may be a more effective and safer alternative to chemical mouthwashes, according to new research.

Dandruff Problems? Natural, Evidence-Based Solutions You've Probably Not Heard About
Written by Sayer Ji, Founder
Have you ever looked down at your clothes and noticed the embarrassing, tell-tale signs of a flaking scalp? If so, you're not alone-dandruff affects one in five people in the United States. But it's important to understand the reason for those flakes: It could be a sign of normal dryness, a pesky fungal infection, or a serious autoimmune condition

Coconut Oil Fights Deadly Yeast Infections, Research Suggests
Written by Sayer Ji, Founder
A common food oil has been found to have antifungal properties that could literally save lives.