Stevia has a blood pressure lowering effect in patients with mild essential hypertension.Nov 01, 2003

Stevia has the potential for a significant improvement of some biochemical parameters in chronic kidney disease patients.Nov 30, 2018

Attenuation of metabolic dysfunctions in the skeletal muscles of type 1 diabetic rats by Stevia extracts.Jun 30, 2018

Effects of exercise and stevia on renal ischemia/reperfusion injury in rats.Jun 30, 2019

Stevia acts as an antihyperglycemic and a blood pressure-lowering substance, which may provide therapeutic benefits in the treatment of type 2 diabetes and the metabolic syndromeMar 01, 2003

Stevia could be promising nutraceutical therapy for the management of diabetes and its associated complications.Jun 10, 2018

Stevia has anti-diabetic properties and compares favorably with the drug glibenclamide but without the adverse effects. Apr 01, 2011

Stevia is immunomodulating, stimulating both humor and cellular immunity.May 28, 2008

Stevia is suggested to have antihyperglycemic and antihyperlipidemic activity and to restore liver and muscle glycogen levels.Dec 31, 2016

Stevia may be useful for the clinical treatment of acute and chronic liver diseases.Dec 31, 2017

Stevioside may be beneficial as a dietary supplementation for promoting muscle recovery from injury.Feb 09, 2012

The combination of stevioside and soy supplementation appears to possess the potential as effective treatment of a number of the characteristic features of the metabolic syndrome. Sep 01, 2005

A review of Stevia rebaudiana and its effects in human disease.Jul 10, 2018

Evaluation of natural and botanical medicines for activity against growing and non-growing forms of B. burgdorferi.Dec 31, 2019

S. rebaudiana could be used in the development of therapeutic drugs for the treatment of diabetes.Oct 25, 2017

Stevia can safely be used as an antidiabetic herb.Jan 18, 2016

Stevia can serve as a natural and alternative treatment for diseases that are associated with metabolic syndrome.Aug 08, 2017

Stevia has potential in the prevention of dental caries.Mar 31, 2016

Stevia is anti-inflammatory and immunomodulatory.Feb 08, 2006

Stevia leaf extract could be considered as an effective agent against B. burgdorferi.Nov 30, 2015 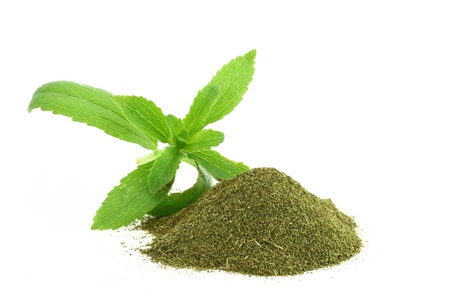 4 Sugar Alternatives That Won't Poison You
Written by Sayer Ji, Founder
You may think that staying slim and eating healthfully means NO sweets, but guess what? There are natural and delicious sweeteners that won’t wreck your diet, and are even GOOD for you!

6 Bodily Tissues That Can Be Regenerated Through Nutrition
Written by Sayer Ji, Founder
It may come as a surprise to some, especially those with conventional medical training, but the default state of the body is one of ceaseless regeneration. Without the flame-like persistence of continual cell turnover within the body - life and death ceaselessly intertwined - the miracle of the human body would not exist

The Bitter Truth About Splenda
Written by Sayer Ji, Founder
Is Splenda really a food, or a highly toxic chemical?

Is Fructose As Addictive and Harmful As Alcohol?
Written by Sayer Ji, Founder
Millions of pounds are consumed annually, yet it may be more like a drug than a food and just as damaging and addictive as alcohol...

Aspartame: Safety Approved In 90 Nations, But Damages Brain
Written by Sayer Ji, Founder
A newly published study is destined to reignite the decades old controversy about aspartame's safety, or lack thereof. Aspartame converts to formaldehyde and formic acid, which are highly toxic to the body, but the nervous system in particular.

Sweet! Dieting Without Deprivation
Written by Sayer Ji, Founder
So, you are looking to lose a few pounds, or keep them off. What better way to accomplish this feat than to eliminate both empty sugar calories and synthetic sweeteners, which studies show can generate excessive cravings for sweets and actually increase weight gain.

Aspartame: Putting the DIE Into Dieting Since 1981
Written by Sayer Ji, Founder
Pushed globally as a beneficial to dieters since its approval in 1981, accumulating research indicates that aspartame may actually damage the brain and cause cancer, to name but a few of a wide range of adverse health effects consumers risk by using this 'no-calorie' sugar alternative.

How to Cook with Turmeric - Plus FREE Recipe E-Book!
Written by Jennifer Iserloh
Everyone now seems to know how good turmeric is for your body and mind, but how do you use it in cooking?