The beta-casein A1 protein variant of cow's milk may contribute to increased risk of diabetes type 1. Mar 01, 1999

The consumption of cow milk A1 beta-casein is associated with increased risk of ischaemic heart disease and type 1 diabets. Jan 24, 2003

There exists convincing data supporting the role of dairy products and high-glycemic-index foods in influencing hormonal and inflammatory factors, which can increase acne prevalence and severity.Feb 28, 2010

There is evidence supporting the beneficial effect of a gluten- and casein-free diet for autistic spectrum disorder.Jan 01, 2004

"A 6-food elimination diet (SFED) excluding cow's milk, soy, wheat, egg, peanuts/tree nuts, and seafood has been shown to induce remission in a majority of children with EoE."Aug 01, 2011

A Gluten and casein-free diet may have a therapeutic effect in autism spectrum and attention deficit disorders.Apr 01, 2010

A study of 53 pediatric patients with eosinophilic esophagitis found most were highly atopic with frequent allergic sensitivities; the overall prevalence of food & inhalant sensitization was 80%, with higher total IgE levels in sensitized vs nonsensitizedMay 31, 2010

A variety of dietary factors may contribute to increased risk for leukemia. Mar 01, 1993

Approximately 1 in every 3 patients with atopic eczema are positive for anti-gliadin and/or anti-milk antibodies, indicating they may play a causitive role in the disease.May 01, 1985

Bovine IgG may possibly be involved in the pathogenesis of infant colic.Mar 31, 1991

Coffee consumption of more than one cup per month and green tea might have preventive effects on developing rheumatoid arthritis.May 21, 2018

Consumption of cow's milk is a cause of iron deficiency in infants and toddlers.Nov 01, 2011

Dairy milk consumption was in this study associated with the risk of breast cancer.May 31, 2019

Elevated IgA antibodies to gluten and gliadin proteins and to casein in milk have been found in patients with Rett syndrome.Mar 01, 2006

Lower consumption of cow milk protein A1 beta-casein at 2 years of age, rather than consumption among 11- to 14-year-old adolescents, may explain the lower incidence of type 1 diabetes in Iceland than in Scandinavia.Jan 01, 2006

Milk and bacterial proteins may produce neuron-specific antigens in children with autism. Aug 01, 2002

Specific cow's milk proteins appear to have a role in the etiology of recurrent aphthous ulcers (canker sores).Aug 23, 2012

The beta-casein A1 protein variant of cow's milk may contribute to increased risk of diabetes type 1. - Article 2. Aug 01, 2002

There is a correlation between milk and dairy product consumption and multiple sclerosis prevalence.Jan 01, 1992

There is an antibody cross-reactivity between myelin oligodendrocyte and milk protein in multiple sclerosis. Jan 01, 2004

Young age at introduction of dairy products and high milk consumption during childhood increase the levels of cow's milk antibodies and that high IgA antibodies to cow's milk formula are independently associated with increased risk of insulin-dependent diApr 01, 1994

Autism and Dietary Therapy: Case Report and Review of the Literature.May 09, 2013

A casein- and wheat-free diet was associated with the lowest rate of autoimmune diabetes (type 1) development in mice.Jan 01, 2009

"Over-stimulation of insulin/IGF-1 signaling by western diet may promote diseases of civilization."Jan 01, 2011

Beta-casomorphin may contribute to apnea in sudden infant death syndrome.Jun 01, 2003

Cow's milk (A1) may stimulate mucus production associated with respiratory conditions such as asthma. Apr 01, 2010

Food containers used for dairy products and sunflower oil are responsible for the migration of mineral hydrocarbons into foods.Mar 01, 1993

Ischaemic heart disease mortality and diabetes type 1 risk may be associated with beta-casein A1 consumption.Feb 01, 2001

Milk and whey products may have insulinotrophic properties that may adversely effect conditions such as acne. Jan 01, 2011

Recent evidence underlines the role of Western diet in the pathogenesis of acne.Apr 30, 2012

This review provides evidence that Prostate cancer initiation and progression is promoted by cow´s milk by hyperactivated mTORC1 signaling. Dec 31, 2011

Higher consumption of milk among women is associated with increased risk of hip fracture (45%). Jun 01, 1997 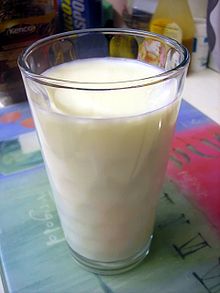 Monsanto Wants to Disguise its Genetically Engineered Foods as "Biofortified"
Written by Scott Tips, JD
But NHF is standing in its way…

Two Foods That May Sabotage Your Brain
Written by Kelly Brogan, M.D.
Could there be a food-based cure for schizophrenia, bipolar, and depressive disorders? Could two of the most popular foods consumed in the West be a major cause?

Do Hidden Opiates in Our Food Explain Food Addictions?
Written by Sayer Ji, Founder
Food addictions are not strictly “psychological” problems, but have a hard-wired, organic component. Many of the most commonly consumed foods in Western culture actually contain narcotic properties associated with the presence of psychoactive chemicals that bind to opioid receptors in the nervous system.

Flaxseed May Be a Potent Ovarian Cancer KILLER
Written by Sayer Ji, Founder
Effective and safe treatments for ovarian cancer simply do not exist today within conventional medical practice. However, promising research indicates that flaxseed and at least 30 other natural substances do have potent anti-ovarian cancer properties

2 Popular Foods May Turn Immune System Against Brain
Written by Sayer Ji, Founder
Two of the Western world's most popular foods have been implicated in immune mediated brain damage.

Formula for Disaster: The Clinically Confirmed Dangers of Breastmilk 'Alternatives'
Written by Sayer Ji, Founder
Infant formula has been linked to over 70 adverse health effects, so why are the vast majority of Americans still using it during the first year of their infant's lives?

An MD's Perspective On How To Avoid, Treat And Reverse Diabetes
Written by Dr. Russell M. Jaffe, MD, PhD
Of all the illnesses in industrial society, diabetes takes the greatest toll. Over 100,000 people die from complications of diabetes each year. Another million lose quality of life due to metabolic syndrome. Diabetes adds $135 billion to the annual cost of healthcare in the U.S.1 Yet diabetes remains avoidable, treatable, and reversible.

Milk a Cure for PMS? A Giant Leap in Logic
Written by Stephanie Greenwood
Can milk really treat the symptoms of PMS? Let's explore the gotmilk.com website and investigate the information they use to back up these claims. First, the campaign points to a 1998 Columbia University study that found calcium supplementation relieved many symptoms of PMS. Note that the study was not about milk, but of calcium

Eating Wheat & Cow's Milk Disrupt DNA Expression & Antioxidant Status
Written by Sayer Ji, Founder
Could two of the Western world's most popular foods - wheat and cow's dairy - be depleting you of your antioxidants and altering your DNA expression in a harmful way?